FREE SHIPPING on all orders over $75
We Accept Credit/Debit Cards, Venmo & Cyptocurrency! 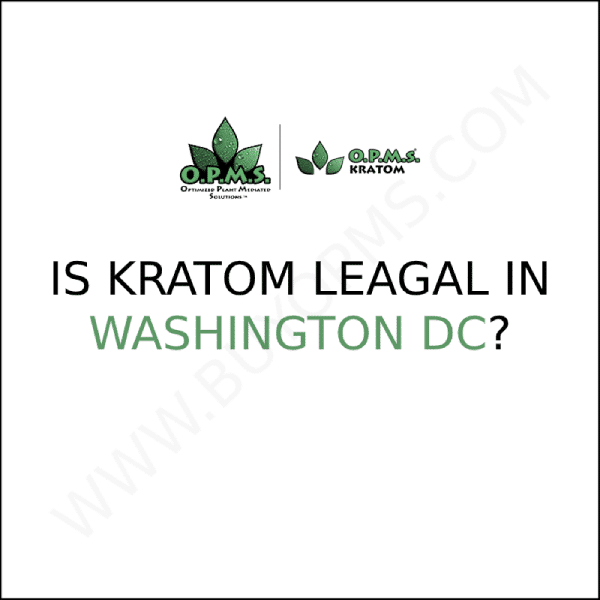 Is Kratom legal to buy in Washington DC? Kratom comes from a tree that you will find in various locations throughout the world including Indonesia, Malaysia, Thailand, and Papua New Guinea. The leaves of this tree for centuries have been used as a medicine but the leaves have also been used as a recreational drug. For this reason, there are many states in the United States that have not allowed this product to be purchased or used legally.

IS KRATOM LEGAL IN WASHINGTON DC?

There are many doctors who believe that there are particular substances in kratom that will attach themselves to a person’s nerve cells in the exact same way as you would see with any of the opioid painkillers. This attachment will produce a very similar effect as an opioid would. Unfortunately, there has not been a lot of extensive studies on why this happens and how it works.

There are also many doctors who claim that kratom leaves are very addictive and have serious side effects. Kratom leaves are consumed in a variety of ways including brewing into a tea, chewing, or used in cooking. You will also find the product being crushed and smoked, like marijuana or tobacco, or ground up and used in pills.

The product has different effects on people and a lot will depend on the dosage used. It basically acts as a stimulant that will provide you with increased energy. If a person uses a high dosage, kratom leaves can put you into a sleepy or dreamlike state.

Obviously, kratom usage has concerns for any U.S. buyer because of the legality of purchasing the product in the state in which they reside. Each state has its own specific laws that will either make the product legal or illegal., Also, there may be occasions when updates or bans appear out of nowhere. This makes it very difficult to locate reliable and credible information on whether kratom leaves are legal in a particular state.

You now know that Kratom is legal to buy in the Washington DC area. 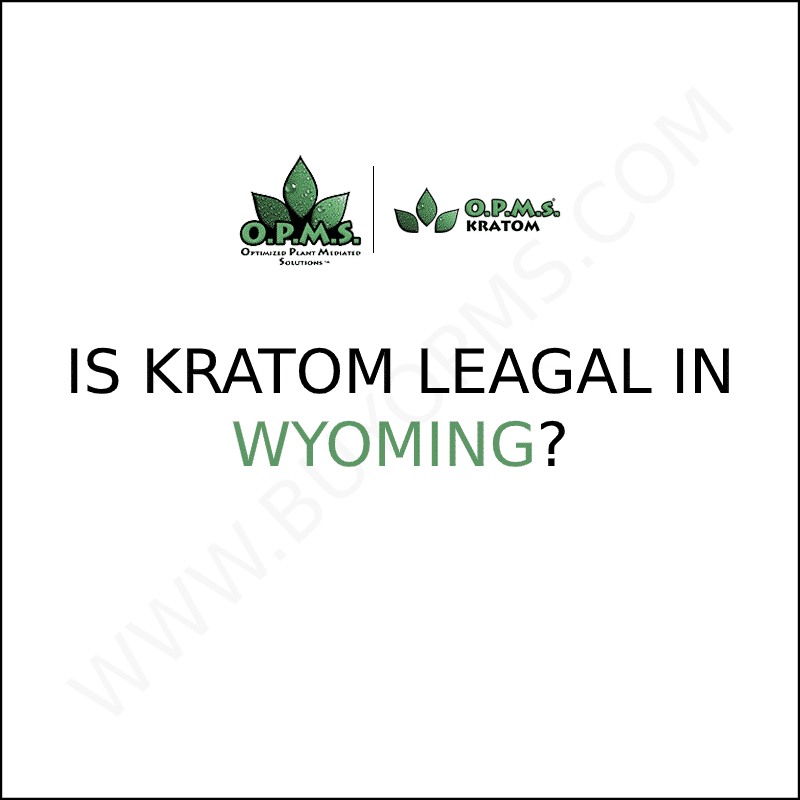 Is Kratom legal to purchase in Wyoming? Many Americans have asked if buying Kratom is legal in their state. Kratom laws are changing all the time, so users need to protect themselves by staying up to date with the latest in Kratom legality.

IS KRATOM LEGAL IN WYOMING?

It’s perfectly legal to have kratom in Wyoming and to use it there. However, kratom is not legal in all states so you have to be careful when you travel. Here is some more information on why kratom is illegal in some places and why it’s not banned in others.

At one point, the DEA was going to schedule kratom and make it totally illegal in the USA. However, people banded together and let the DEA know that they did not want this to happen. In a place like the USA, if you get enough people together to fight for a cause, that fight can be won if it is taken seriously. People really didn’t want kratom to get banned because they knew it was an all natural alternative to more damaging drugs and that it was helping people all around the country with things like pain issues.

TIPS FOR BUYING KRATOM IN WYOMING

There are some states where kratom is not legal so be sure you look into where you’re traveling before you take kratom with you on a trip. You can generally find out where it’s legal if you look at a search engine. Just search for where is kratom illegal to see up to date results that let you know where you can bring it and where it’s not legal to have. Since different states have different laws go into effect all the time, it’s easier to just search for where it’s legal before traveling than trusting information that may be outdated.

If you don’t want kratom to be made illegal in Wyoming because you live there and use kratom, make sure you write to your state’s representatives and let them know how it helps you. Just be sure that you don’t use language like “drug” or “high” in your representation of the plant because you don’t want to make politicians think it’s just another popular legal high like spice or K2 were before they got banned. Kratom is more or less a relative of the coffee plant and is not dangerous like most of the past legal chemicals sold in places like head shops.

You now know more about kratom and why it’s not illegal in Wyoming. Kratom is a plant that a lot of people love to use on a regular basis because it’s a lot safer than the alternatives. For instance, it’s safer for you to take than it would be to take a prescription pain medication on a regular basis.

This website uses cookies to improve your experience while you navigate through the website. Out of these, the cookies that are categorized as necessary are stored on your browser as they are essential for the working of basic functionalities of the website. We also use third-party cookies that help us analyze and understand how you use this website. These cookies will be stored in your browser only with your consent. You also have the option to opt-out of these cookies. But opting out of some of these cookies may affect your browsing experience.
Necessary Always Enabled
Necessary cookies are absolutely essential for the website to function properly. This category only includes cookies that ensures basic functionalities and security features of the website. These cookies do not store any personal information.
Non-necessary
Any cookies that may not be particularly necessary for the website to function and is used specifically to collect user personal data via analytics, ads, other embedded contents are termed as non-necessary cookies. It is mandatory to procure user consent prior to running these cookies on your website.
SAVE & ACCEPT